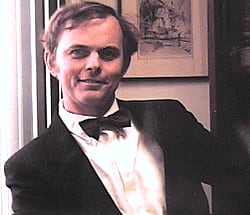 U.S. descendant of Irish, English, Italian, Norwegian, German, Scottish ancestors, (Not French, although a great, great… aunt had a job there for a while as Queen)

Ancestor Moses Hewit was captured by and escaped from Indians, and also escaped from a posse by jumping ice floes across the flooded Ohio River.

Garvey is derived from the Gaelic word for Granite.

Garvey Coat of Arms motto: Morior Invictus (Death before Defeat) doesn’t specify who’s death, but so far I’ve managed to avoid killing anyone, and I pray that such good fortune continues.

Order of the Barrister;

The second half of the 20th Century to present time.

With curiosity, interest, fun, and the uneasy feeling that I’m not getting enough done.

Works by from Chris Garvey